The question is not "How much would it cost?" but rather "Can it be done in my garage?"

Rather than talking to someone who might actually know the answer (Bill Blue), I decided to jump in with both feet and figure it out myself. How hard could it be?

I decided that there were two options:
Buy a complete CBR300R or CRF300L motor and shoehorn it into my CRF250L frame,
Buy the parts (crankshaft, cylinder, piston, whatever) and install them myself.

The first option will be very expensive, and I'd probably be waiting for 6 months or more for just the CBR engine (in a frame, as a complete bike - Honda doesn't sell complete engines). The CRF300L hasn't been announced and so waiting for it is not a good idea.

Well, on to the second idea, build it myself from parts ordered on-line. The drawback here is that there is no way to know exactly what to order. A crankshaft for sure, because Honda announced it as a stroked version of the 250 engine. But what other parts would I need? And would the B&B kit fit?

And finally, partsfish.com added a 2015 section to their on-line catalog, and there it was - CBR300 motos in several flavors.

I captured the parts info in an Excel spreadsheet and went about editing it and adding CBR250 and CRF250L parts. Then I added Excel logic to compare parts from the three models and mark the parts that were different, like so: 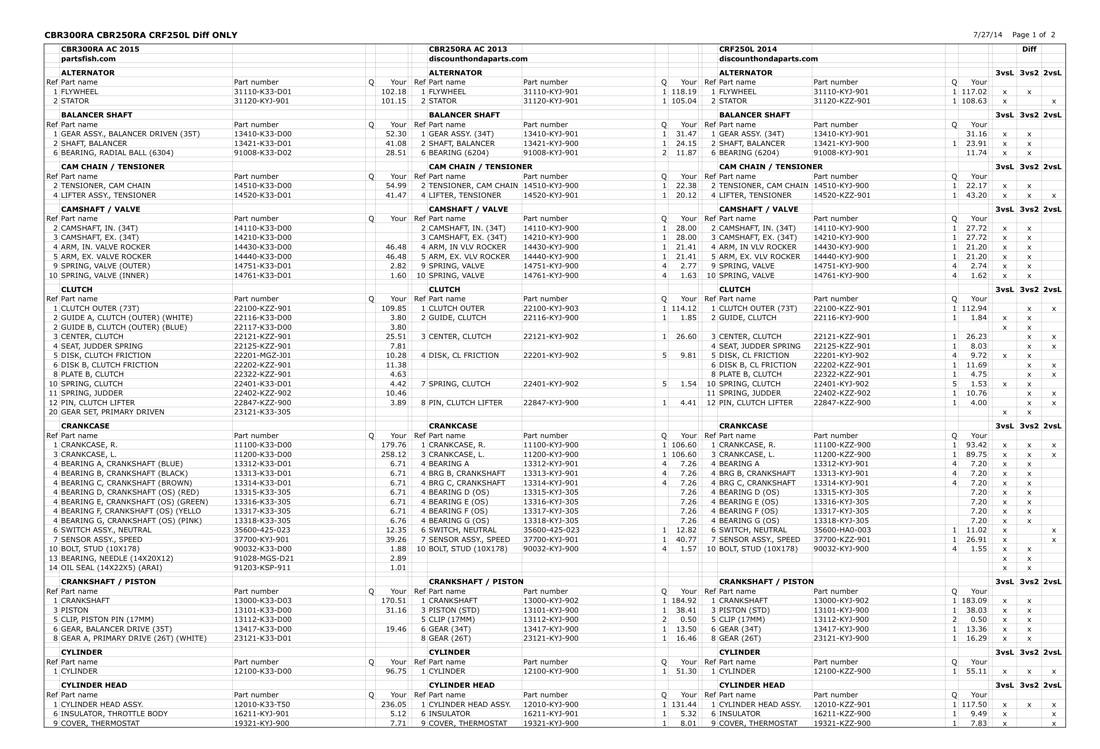 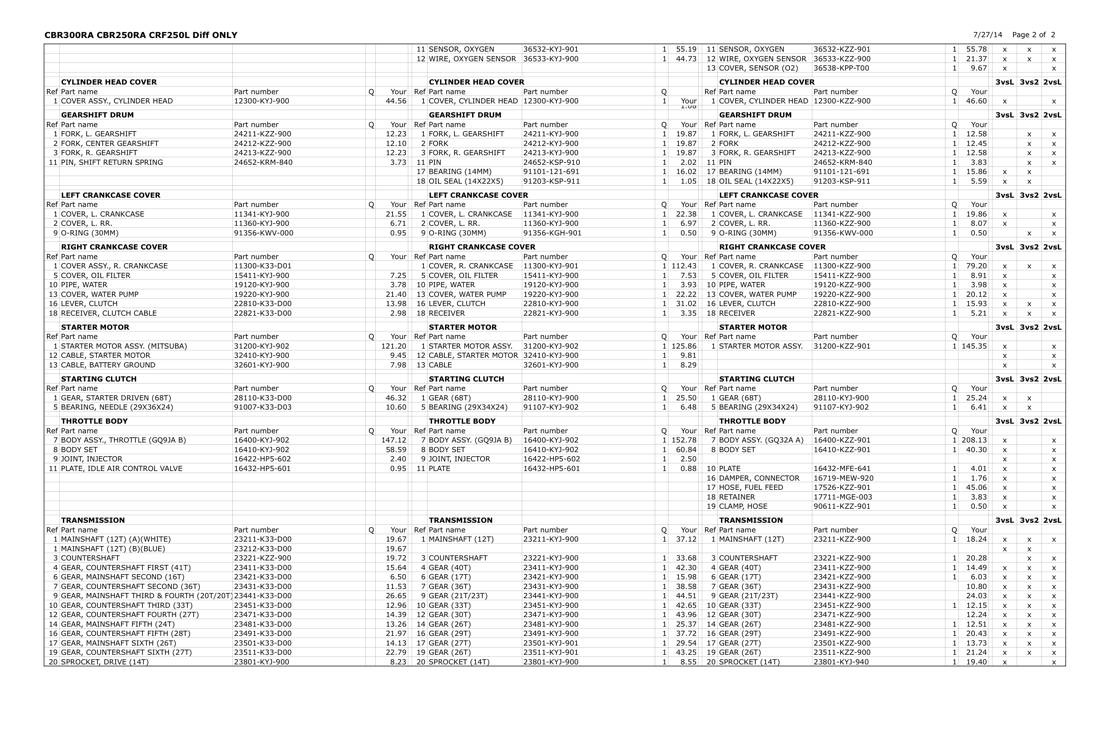 The sheets show part assemblies for the engine and transmission; other differing parts on the body, for instance, are not relevant.

Note that the sheets are incomplete; required quantities are missing in several places, and I haven't worked out some mis-matches as yet. But these are details that I'll get to later. For now, the big picture is as you see it. And it's a pretty big picture.

The task at hand is to decide which parts to order. In an effort to simplify the task, I made this sheet showing parts that have teeth, and that often are related to heights of various levels and distances between various surfaces in the engine/tranny. This will help me decide if the cylinder height is changed, for instance. 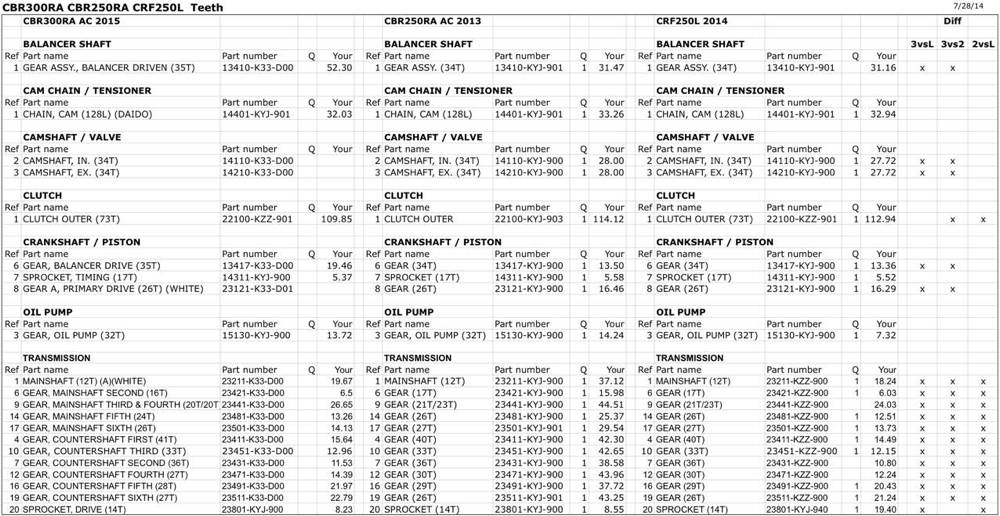 4th of July, time to celebrate. Or not. I have bad news. I have discovered that the 300 crank will not fit the 250 cases; a little blue bird told me. I want to find out exactly why before I call this whole thing off and sit on my hands, waiting for a CRF300L.

IF the crankshaft and camshaft center lines are the same distance apart for all three, then the cylinder deck height is the same for all three. It is plausable that the center lines are the same distance apart, considering their locations in the crankcase and head. If the cylinder height was changed, then engineering new center line locations would be much more difficult than just changing the cam chain length, so the simplest assumption is the deck height is unchanged.

OA is the overall drive-train gearing, including the primary, tranny, and final gearing but NOT the tire size.